Gamelan is an orchestra played on the islands of Java and Bali in Indonesia, in South-East Asia. It consists mostly of percussion instruments such as gongs and metallophones. The gamelan orchestras in Oxford are from Central Java and are made of bronze.

A full Javanese gamelan has two different tuning systems: sléndro (a five-note or pentatonic scale) and pélog (a seven-note scale).

The layout of the instruments reflects how the music is constructed. 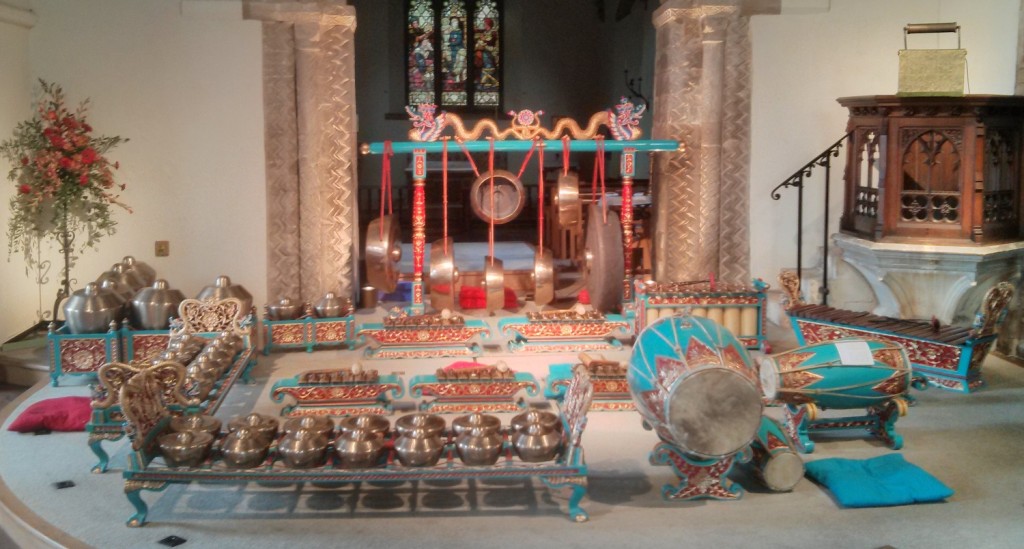 • The row of keyed instruments across the middle of the gamelan plays the main melody, or balungan (meaning “skeleton”).
• In the back row are the large gongs, both hanging and horizontal. These punctuate the important notes of the melody and show the form of the music.
• At the front are the bonangs or gong-chimes which elaborate and lead the melody.
• A full gamelan also includes a family of soft-style elaborating instruments, such as a two-string fiddle, xylophone, bamboo flute, plucked zither, and gendèr (multi-octave metallophones).
• The voice, an important element in most gamelan music, is provided by a female solo singer and a male chorus.
• In the centre the drummer leads the whole ensemble, controlling the shape, speed and volume of the music, and transitions from one piece to another.

When is it played in Java?

In Java, gamelan is played for official occasions or court ceremonies, celebrations such as weddings, for concerts, to accompany dance, dance-drama and shadow-puppet theatre. It is also played for community events, and just for fun! It is widely recorded for film, television, radio, commercial recordings and the internet (including YouTube).

Where is it played in the UK?

There are over 200 sets of gamelan in the UK. Many are in universities and arts organisations, some belong to education authorities, and there are even some in prisons. There is a large Javanese gamelan at the Southbank Centre in London, and a Balinese gamelan at LSO St Luke’s, also in London, and they both often put on performances with other artists such as dancers or puppeteers.

Where can I find gamelan in Oxford?

In Oxford there is a large Javanese gamelan at the Bate Collection of Musical Instruments in the Faculty of Music on St Aldates. The Bate Collection runs schools’ workshops, mostly for GCSE and A-level groups. It offers free Family Taster gamelan sessions on its Family Fun Days. The Bate gamelan is also home to an adult group called the Oxford Gamelan Society.

St Andrew’s Primary School houses a (pentatonic sléndro) gamelan which is on loan to the school, and played by the St Andrew’s Gamelan Club for years 4-6 on Wednesday lunchtimes. 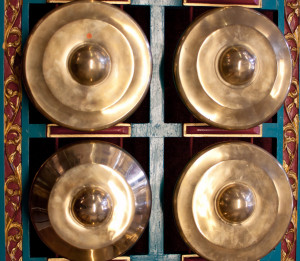